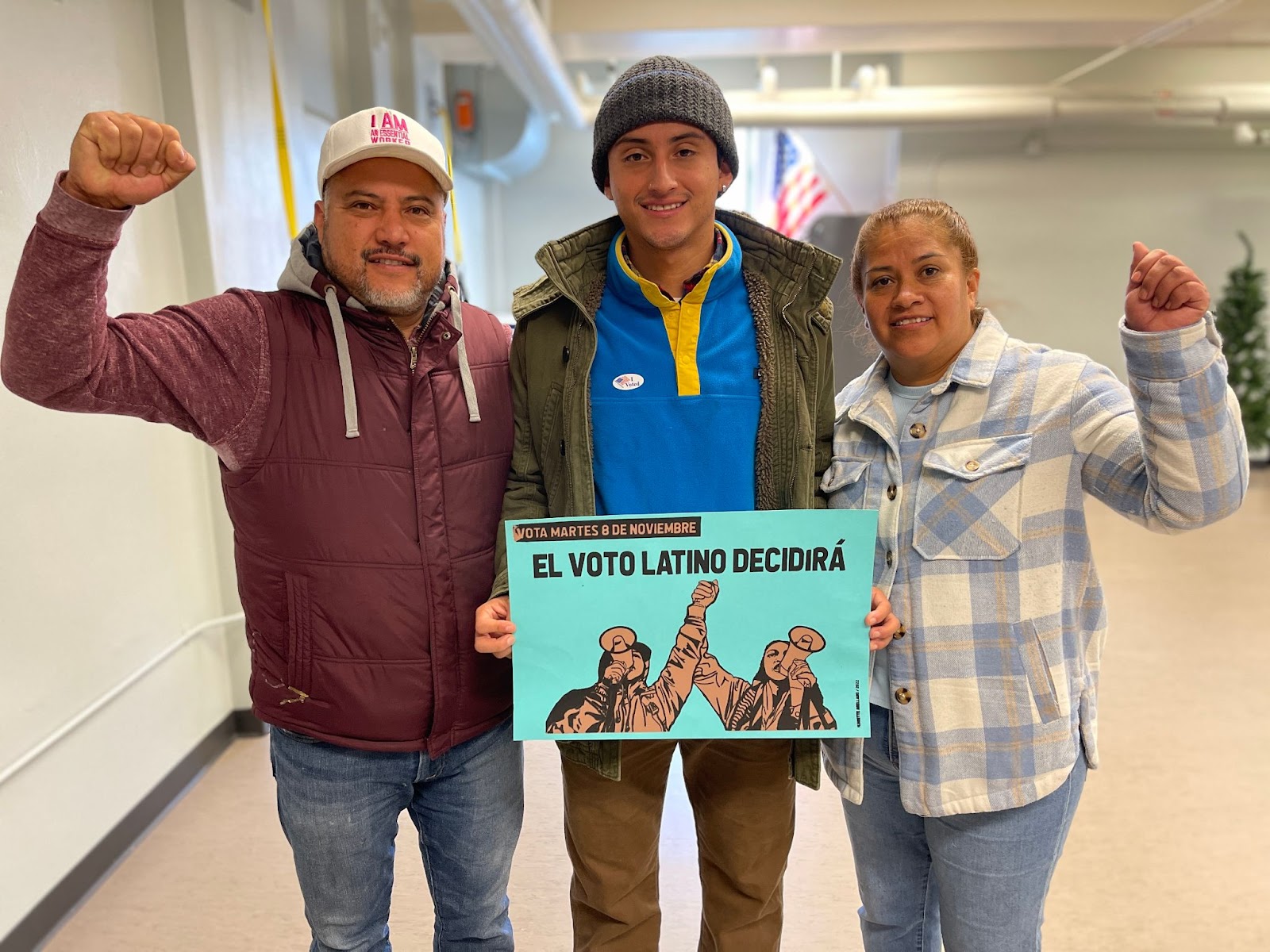 Eduardo Perea (in the middle), age 25 from Milwaukee, voted on Tuesday dedicating his vote to his immigrant parents, who accompanied him to the polls in support. Eduardo holds a sign that reads in English, “Vote Tuesday, November 8. The Latino Vote Will Decide.”Photo credit: Jessica Schmidt / Voces de la Frontera Action

At the heart of the program is a relational voter network of family and friends known as Voceros por el Voto that was launched in 2018.  This election, our Voceros (member volunteers) used their personal networks to reach more 28,000 Latinx and youth voters  in communities with the highest concentration of Latinxs statewide.  In combination with relational organizing,  door-to-door canvassing, and phone banking,  in Milwaukee, Racine, Brown County, Waukesha and Dane counties, VDFLA reached over 60,000 Latinxs and youth.

Some of the races that pundits wrote off were competitive because of Latinos who made up a greater proportion of the early vote than they did in 2018.

Many Latinx voters who are the foundation of our Voceros por el Voto network were first-time voters, either newly naturalized U.S. citizens or recently turned 18 year olds or vote infrequently. 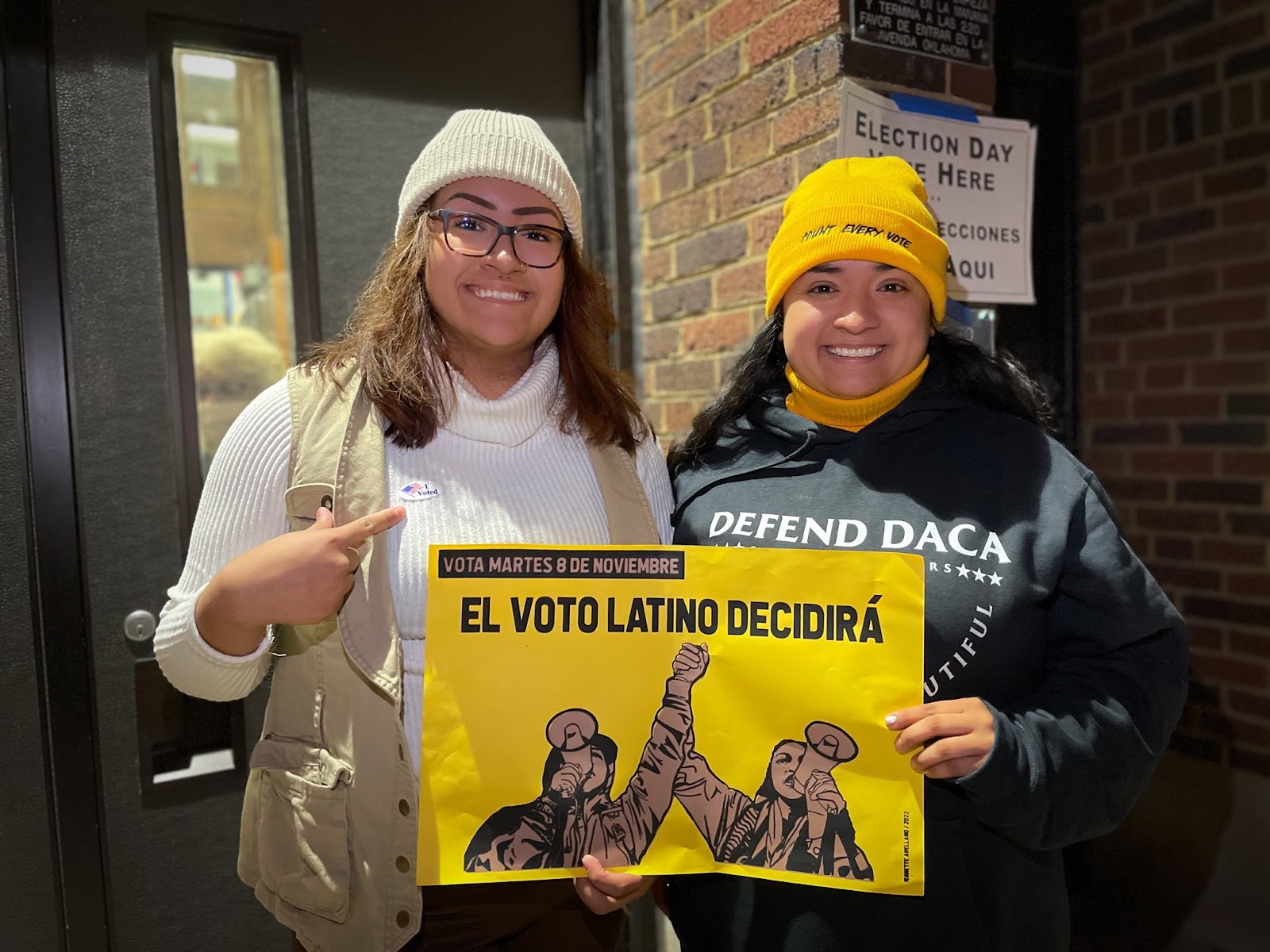 Celeste Garcia (left), age 18 from Milwaukee, voted on Tuesday dedicating her vote to her immigrant parents and sister Alondra Garcia (left), who are ineligible to vote themselves. They hold a sign that reads in English, “Vote Tuesday, November 8. The Latino Vote Will Decide.”Photo credit: Jessica Schmidt / Voces de la Frontera Action

One of those new voters and Voceras that motivated her family and friends to vote in the midterm elections is Maria Gaona, a Latina Milwaukee voter, wife and mother of six. She reflected after the elections:  “There was a lot at stake in this election. Education, immigration reform, and the economy were the top issues that motivated me to turn out this year.  Our communities are diverse, and we deserve representatives who are going to serve and work for everyone, not just a select few.”

“I just became a U.S. citizen this year, this was my first time voting, but I’ve actually been waiting for this for 30 years now. My vote is dedicated to all the DREAMers out there, I myself am (formerly) DACAmented, I’m a U.S. citizen now, but I’m also a DREAMer. I know the struggle it is for all the DREAMers out there, especially right now with all the anxiety, but this vote goes out to you.” 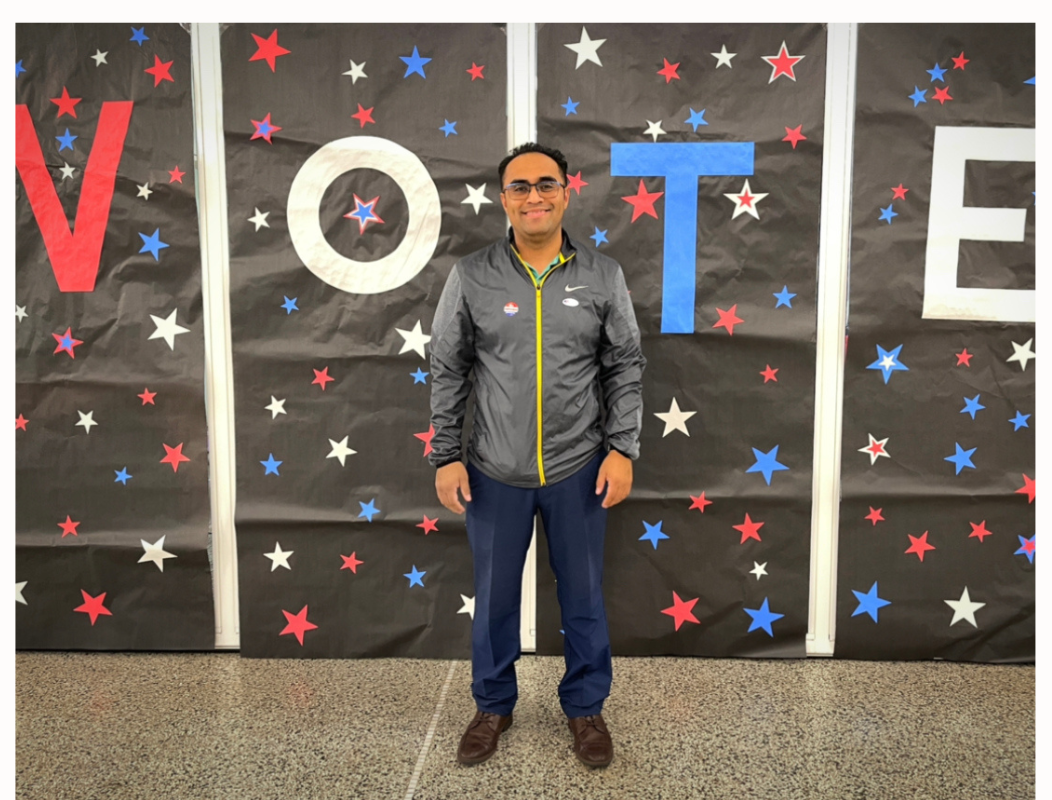 With margins of victory at one percent or less in our state,  the election results demonstrate that VDLFA’s grassroots community organizing was a critical deciding factor that led to a historic turnout of early voting for Latinxs and young voters in Wisconsin, even though we did not secure the victory we had hoped for Mandela Barnes in the U.S. Senate.

“On the state level, our base organized to defeat Michels who represented a grave threat to our families and communities and was a sharp contrast to Democrat Governor Evers who has been a champion for drivers’ licenses, instate tuition and immigration reform. However, we have consistently heard from Latinx voters and those that help mobilize the Latinx vote that they are disenchanted with the political system as a whole and want Democrats to prioritize and deliver on immigration.

In one of the most gerrymandered states in the country,  the Latinx vote was critical in blocking even greater attacks on the freedom to vote which would have had consequences for decades for both the state and the country.” 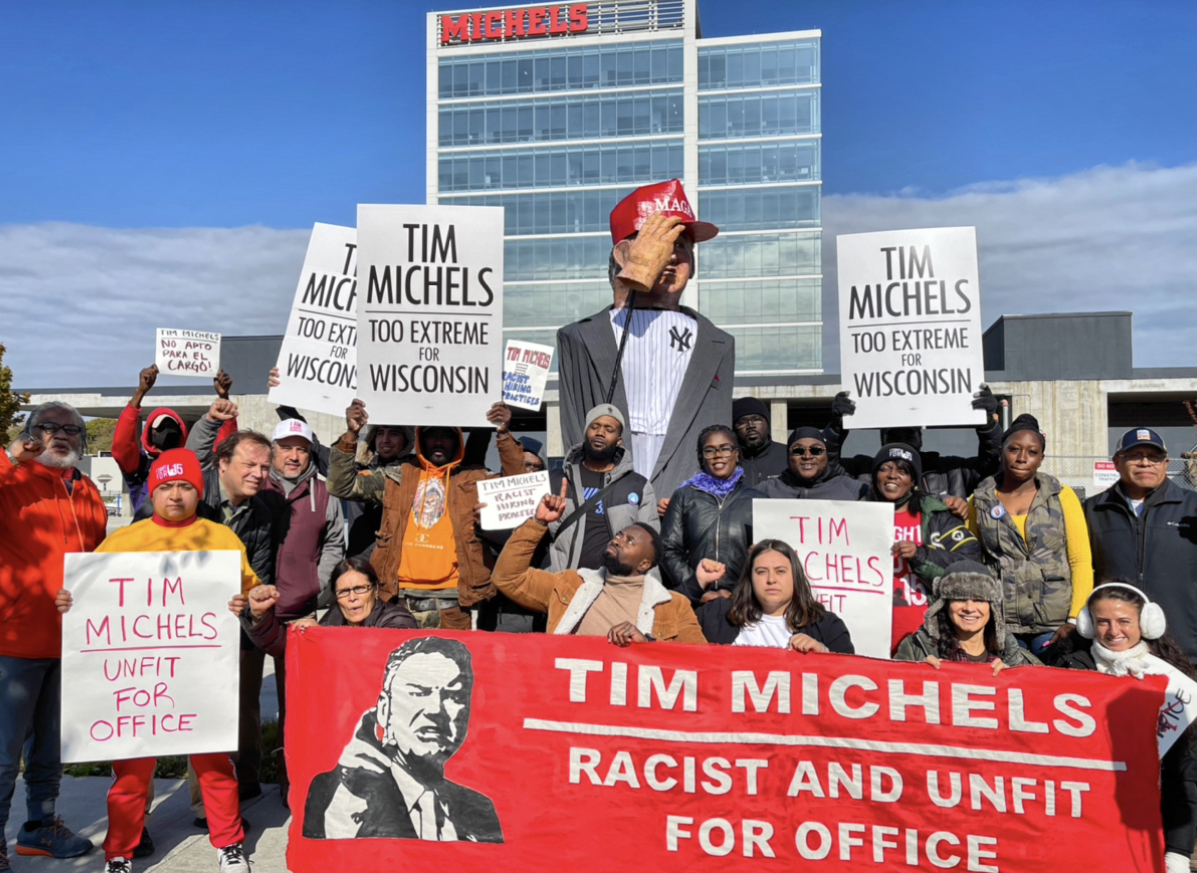 Statewide Voces de la Frontera ran our Election Protection program with over 100 trained volunteers in five regions. Our efforts ensured that Latinx voters with limited English and new to the process could cast their vote, in the areas we organized and experienced a strong showing in the city of Green Bay, Wisconsin, where now 1 in 5 residents identifies as Latinx.

**Additional testimonies, photos, videos, and links to live coverage are available at request.

Voces de la Frontera Action (501c4) is the sister organization of Voces de la Frontera that enables us to have a more active role in lobbying and advocating for laws that improve the lives of immigrants, workers and students. VDLFA endorses candidates that stand with us in the fight for immigrant and racial justice, labor justice, and education rights.