Over 100,000 March to Defend the Organizing Rights of Public Workers and Immigrants


Under the banner of “Wisconsin Solidarity March for Immigrant & Worker Rights” more than 100,000 protestors took to the streets on Sunday afternoon to fight back against Governor Walker’s attacks on collective bargaining rights, immigrant rights, and dramatic cuts to public education and health care.

After five years of annual May Day marches organized by Voces de la Frontera Action, this year’s march marked both an unprecedented turnout and collaboration between Voces Action and organized labor.  In recognition of the need for unity amongst all working people, national AFL-CIO President Richard Trumka and other local and state labor leaders joined tens of thousands of immigrant and Latino workers and students.

Prior to the march, statements in solidarity were made outside the Voces Action office by Mayor Tom Barrett, elected state representative JoCasta Zamarripa, NAACP President James Hall, in addition to other elected officials and community leaders.

At the rally at Veteran’s Park, President Trumka gave a fiery and patriotic speech, concluding “Let this May Day, 2011, herald a new era of solidarity for us. Let it ring in the time when no one is left in the shadows- when the circumstances of your birth do not determine your fate, when the rights and the justice that those who came before us lived and died for are shared by all of us.  Side by side, shoulder-to-shoulder, united—We are one!”

According to Voces Action executive director Christine Neumann-Ortiz, “For six years now, we have continued to use our collective voice because working people, native-born and those who came from all over the world, gave their blood and sweat to build this country and its democracy and we will not allow it to be stolen and destroyed.”

Voces de la Frontera Action will again join with organized labor to mobilize the community to the Capitol in Madison on May 14th in opposition of Governor Walker’s budget. 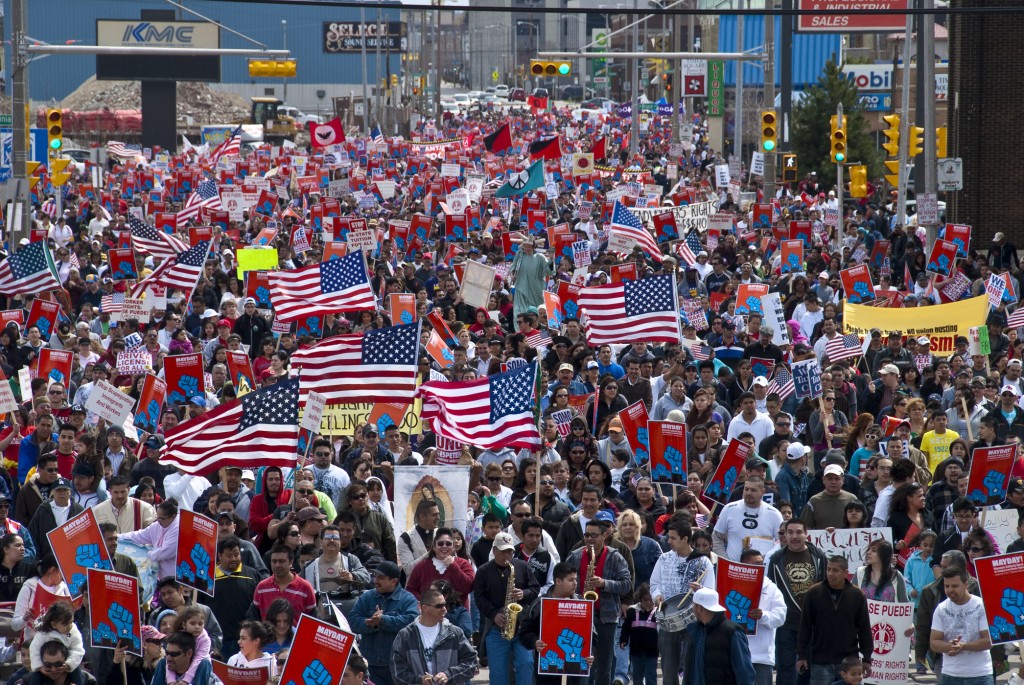